Why are Our Candidates not even Mentioning America’s Addiction to Candy???

I find it interesting that neither party or candidate has yet to mention the sequestration looming over our country. Will we make it the next three weeks without even a hiccup yet alone a chorus over this critical point that could thrust our nation into yet another crisis?

As a child, I would ride around on my banana seat bike collecting coke bottles out of ditches and then I would pedal speedily to the neighboring town to cash in bottle deposits for enough change to buy some sugary delights. I would peer over the candy counter of the corner store, carefully making the decision of which smorgasbord of sweets would get me high for the long bike ride home.

My choices of which candy to buy were limited for the cash I collected from discarded coke bottles along the side of the road was quite small and not nearly enough to satisfy the temptations that candy counter presented to me. Imagine the belly aches I would have had if America had been even more of a throw away society in the 1960s and I were able to pile my trash bag full of bottles?

Unfortunately, America is not limited today by the amount of coke bottles discarded alongside of the road. Our economic system is fed a limitless supply of coke bottles from the Fed. We are able to walk up to our neighborhood store and buy candy to our heart’s delight, enough to feed the desires of even the grandest of candyholics. America is on a spending spree that will only be contained when our childlike consumerist obsession ends in great sickness and confines us to intensive care. Yet this corrupted system of consumerism isn’t an illness that only befalls America. It has most certainly engulfed the West and promises to spread like an endemic virus to the entirety of the world.

In January, doctors will assess America’s fiscal health as we fail to stop the sequestration and will find us a very sick patient indeed. Yet the sickness that has infected us has infected our brethren nations as well. This health checkup that will force the credit rating of America downward once again, will be an indictment of the West’s indulgences, the results of which will spread rapidly and uncontrollably if not contained. It is as important for America to hear what our candidates are not talking about as it is understand what they are saying. 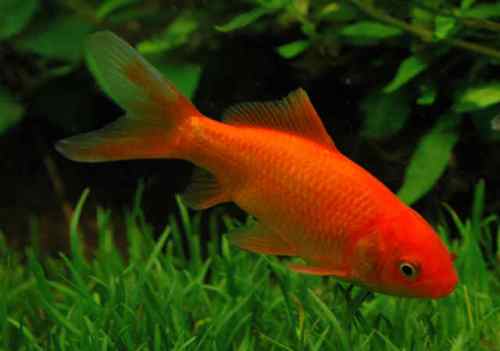 Reacting to the announcement yesterday that Dàgōng Guójì Zīxìn Pínggū Yǒuxiàn Gōngsī, the increasingly powerful Chinese credit rating agency, suggested they will downgrade the U.S. regardless of whether the US Congress reaches an agreement on raising its statutory debt limit, I simply replied “Ominous”. Reacting to my simple statement, a fellow social media traveler and investment professional responded stating that, “Dàgōng has about as much credibility as a Greek tax collector and that threats of a downgrade are about as ominous as a goldfish”.

It concerns me that our nation is walking into this debt ceiling debate foggy brained enough to suggest that dire warnings of the world will have no effect on our isolated debt discussions. Nonetheless, China, with the United States, the European Union, and Japan, now comprises 70 percent of the world’s GDP. Among these industrialized giants, Dàgōng has downgraded all but its own sovereignty. With the U.S., EU, and Japan’s currencies up against the ropes, what does saying that Dàgōng’s downgrading of U.S. Credit has the omnipotence of a goldfish really mean?

Prior to one of my many moves for my company, our young family lived in Ledyard, Connecticut in an A-frame home overlooking a dock on a deep, clear lake called Long Lake. Preparing for the move, my wife searched diligently for a new home for my 2 year old daughter’s bright red pet gold fish because we could not take it with us. She even went with my daughter Sarah to the pet store where it had been purchased to see if they would take it back, as my daughter had grown very fond of the little fella and very much wanted to secure a home for it but with no avail.

Finally the day came when Daddy had to do the tough sell. I took my wide eyed little girl down to the dock with her pet goldfish in its bowl. It was a very solemn moment as I spoke to her about why her little fella couldn’t come with us while her mother stood stoically a few feet back on the dock. We both said our goodbyes to the little fishy and peered over the dock as I let the bowl into the clear waters of the lake.

As we watched the little guy slowly get adjusted to the water and tussle its wavy fins and tail slowly out of the bowl, I could see my daughter’s wide eyes fill with a tear. It was something to see this little bitty bright red gold fish slowly and bravely flutter deeper into the water downward toward the watery flora below. A calm came over us knowing that it seemed content in the vast expanse of its new home. Then suddenly from the deep, as quickly as my daughter’s eyes and mine could grow wide in horror, a large mouth bass swooped up from the hidden depths below and engulfed this little fellow within its protuberance agape.

As the bass turned swiftly into the deep below, I quickly grabbed my daughter by the shoulder and turning her to her own dear mother while covering up the shock of my folly, I said, “Aw, how sweet, his mommy came up to meet him!” We didn’t speak again of the little bright red goldfish……………………………

So, perhaps even if the threat of China’s powerful credit rating agency, Dàgōng, downgrading America’s credit rating has really only “about as much credibility as a Greek tax collector”, the signal it sends to the deep, clear lake of our world’s financial system could be as quick and horrific as that ominous gray day on my dock on Long Lake.