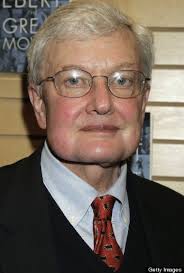 The nation noted the passing of Roger Ebert yesterday. Ebert, who won a Pulitzer Prize for his reviews, was known as the most influential movie critic of his time. Before I turned to “Rotten Tomatoes” as a guide on how to spend my movie dollars, for years I relied on the thumbs up of Siskel and Ebert.

Ebert claimed that movies provide a snapshot of the soul of a nation in the era they are filmed. One movie that he and Siskel gave two thumbs up was a 1915 silent film called “The Birth of a Nation”. Ebert said: “The Birth of a Nation” is not a bad film because it argues for evil. Like Riefenstahl’s “Triumph of the Will”, it is a great film that argues for evil. To understand how it does so is to learn a great deal about film, and even something about evil.” Rotten Tomatoes gave the film a 100% positive rating.

What did this box office hit movie, produced by a Southerner, and allegedly endorsed by Woodrow Wilson before he reversed his words after condemnation by the NAACP, say about the views of America?

* White southerners suffered the humiliation of having to salute to blacks

* The Klan was a needed defense against such injustice

* The former enemies of North and South united again in their Aryan birthright.

* After rising to thwart the injustice committed on whites by blacks, the Klan intimidated them into not voting, thereby reinstalling the rightful white political leadership

Of the film, Ebert remarked:

“It is a stark history lesson to realize that this film, for many years the most popular ever made, expressed widely-held and generally acceptable white views. The producer’s paternalistic reply to accusations that he was anti-Negro: “To say that is like saying I am against children, as they were our children, whom we loved and cared for all of our lives.”

“[The producer] and “The Birth of a Nation” were no more enlightened than the America which produced them. The film represents how racist a white American could be in 1915 without realizing he was racist at all. That is worth knowing. Blacks already knew that, had known it for a long time, witnessed it painfully again every day, but “The Birth of a Nation” demonstrated it in clear view, and the importance of the film includes the clarity of its demonstration. That it is a mirror of its time is, sadly, one of its values. “

Ebert commented on what was the accepted culture of 1915 in the year before the great migration of African Americans northward to the cities. 1915 was 50 years after the Civil War. In cities where the majority of citizens were either too young to have experienced its horrors, (Viet Nam War ended 40 years ago) or immigrants whose histories were not shaped by our past, nonetheless, the pervasive culture that permeated our cities at the start of the “African American Invasion” still reflected the Reconstruction years. The ensuing conflicts of the migration would set the stage for our inner city collapses to come.

Tagged as Great Migration, Roger Ebert, Siskel and Ebert, The Birth of a Nation