It is Time for The U.S. Government to Grow Up 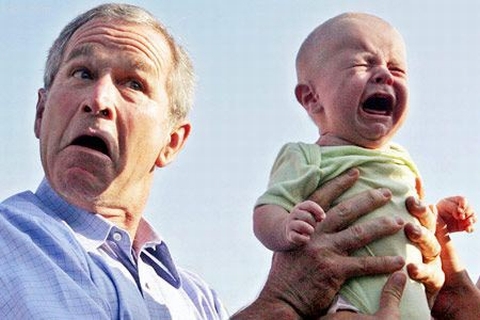 America faces a major dilemma. We support free enterprise principles that help America’s multinational corporations compete in the world’s rapidly transitioning competitive market. Yet when faced with the immense worldwide scale of free enterprise, we are adamant about protecting the American consumer and worker from the assault of big business.

During the baby boomer generation’s rise to positions of power in business and in government, the world transformed to a global stage. While the post-war generation struggled to an impasse regarding competition for taxes to fund both warfare and welfare, we hesitantly overlooked the world’s competition for the American consumer. The true definition of a trust supersized past its concept as captured in the Sherman Anti-trust Act, crossing international boundaries in the process.

To compete on a global scale, corporations necessarily have had to increase size and scope to capture world market share. As sizes of the world’s largest corporations increased exponentially, their scale efficiencies and cost shifting capabilities offered significant trust opportunities at home. As a result, in the U.S. domestic market, the Sherman Antitrust Act of 1890 became increasingly challenged as an albatross of regulation from proponents of free enterprise and as a weak, antiquated tool of defense among those charged with protecting the rights of consumers and domestic small businesses in America.

So now we have competing interests. On the one hand, Americans want to support our industries as they compete with those from other countries to secure a growing world market share. On the other hand, the free enterprise principles required to compete globally create scale that flies in the face of the very laws and regulations deemed necessary to protect our domestic competitive market. The resulting tension of this dilemma is easily witnessed in protected markets such as U.S. drug companies that charge U.S. customers ten times what they charge international customers for the same product. It is less easily seen in growing oligarchies like airlines and banks but the effects on the American public are just as onerous.

Once again, we have another growing immaturity on the part of our Federal government as it stares into the abyss, unable to ferret out sustainable solutions in a rapidly transitioning world. Of course, American businesses must be allowed to grow to compete on the global stage. However, if the ultimate size of a corporation needed to compete globally requires that it surpass the size limits that fit America’s definition of a competitive domestic market, then this dilemma must be resolved by the application of sensible historical principles.

What may be necessary to allow businesses to grow beyond a healthy limit for our domestic competitive market is that we allow businesses to cross boundaries of competitive size, but in exchange, we compensate with more regulation in the home market. This principle is alive and well in America in such industries as power and gas.

In banking, however, we did just the opposite. We cut banking regulations at the very time that we allowed big banks to consolidate the U.S. market. The result of such government immaturity regarding our understanding of the nature of trusts was that the world financial market is now imploding. It is time for our government to grow up.