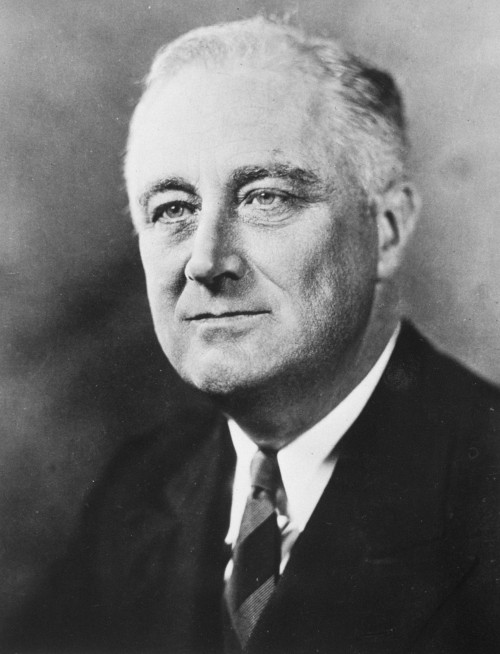 Franklin D. Roosevelt made the leap, incorrectly I believe, that Constitutionally derived rights contained in the Bill of Rights were unalienable rather than manmade. Unalienable rights are not derived by men, but can only be stewarded by him..

Nonetheless, he correctly enumerated, once again in my opinion, additional unalienable rights in his speech to Congress in 1944 of a second Bill of Rights that should be established for the people. He said:

“In our day these economic truths have become accepted as self-evident. We have accepted, so to speak, a second Bill of Rights under which a new basis of security and prosperity can be established for all—regardless of station, race, or creed.
Among these are:

The right to a useful and remunerative job in the industries or shops or farms or mines of the nation;

The right to earn enough to provide adequate food and clothing and recreation;

The right of every farmer to raise and sell his products at a return which will give him and his family a decent living;

The right of every businessman, large and small, to trade in an atmosphere of freedom from unfair competition and domination by monopolies at home or abroad;

The right of every family to a decent home;

The right to adequate medical care and the opportunity to achieve and enjoy good health;

The right to adequate protection from the economic fears of old age, sickness, accident, and unemployment;

The right to a good education.

All of these rights spell security. And after this war is won we must be prepared to move forward, in the implementation of these rights, to new goals of human happiness and well-being.

America’s own rightful place in the world depends in large part upon how fully these and similar rights have been carried into practice for all our citizens.

For unless there is security here at home there cannot be lasting peace in the world.”

Now some, knowing what transpired under FDR, would say this list of rights is somehow socialist or even communist. Far from it…

My priorities set about to provide for these same unalienable rights and I am neither socialist or communist. I see the twists and pulls from both the right and left extremes that attempt to prevent these rights of man. FDR’s Second Bill of Rights demonstrates just how much America has gone astray.

If God is real, has created Earth and placed man on it, then as all the major religions suggest, He created man and Earth for communion with him. Then unalienable rights were given to man by God that cannot be taken away, even from the individual himself, for they are rights that God gives to man to use only as a steward of these rights, in that these rights enable man to commune with God.

All these rights rest on the big “IF” God is real. If he is, then we act out in antiauthoritarian ways when we pass laws that diminish man’s ability to commune with God. Life, for instance, is an unalienable right. Without it, we cannot commune. Liberty is as well for God suggests we are his slave only. Logic would suggest that God then placed man with the ability to sustain life through his toils and that anyone who would step in the way of that contract with man would be acting in antiauthoritarian ways against God.

With this as a basis, one can peruse FDR’s Second Bill of Rights to examine how each supports communion with God, and how interference with these rights attempts to thwart man’s communion. One might argue that since man finds a way to commune whether he has the exercise of these rights taken from him or not, that they are not unalienable. However, just because God can commune even through the greatest of man’s interference in the rights of others, it does not mean that interference isn’t desecrating those rights.

Among these rights is the right to a living wage. A system wide approach to correcting the failings of government can not only shrink antiauthoritarian policies that cost us all so much, it can also produce life, liberty and a more viable path toward the pursuit of happiness.

Tagged as Franklin D. Roosevelt on jobs, living wage, Second Bill of Rights, Systemwide solution to government problems, the right to a useful and remunerative job