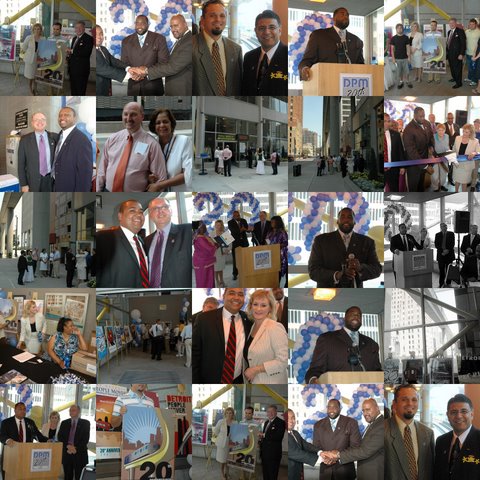 We will examine both the cost of putting people back to work and the benefits of doing so. Yet, before we get started, I can tell you that the benefits of putting everyone in Detroit back to work are at least 10 times the cost. If I am correct, isn’t it a slam-dunk decision that we should get on with paying the cost, and putting everyone to work. The short answer is of course, absolutely yes!

However, the political difficulty of such a decision is in determining fairly who will pay the cost and who will gain the benefit. For instance, all levels of government will benefit to some degree. Yet, no mechanism exists for government to share in the cost in proportion to benefits received.

Since the benefits outweigh the costs by so much, and in fact are the difference between Detroit thriving and withering, we absolutely must find the way to overcome the political obstacles that have held back the city for so long, and have cost Detroit a trillion dollars in the last half-century.

What is the cost to put 100,000 people to work? If factories are profitable after employing them, then the net cost is zero. But we know that 40,000 labor-intensive factories have left our shores for the East, partly because the cost of labor in America made them unprofitable here.

If for instance, a government entered into contracts for companies to build factories in Detroit and those companies employed 33,000 workers, the cost to that government would be $550 million dollars annually.

What about the 140,000 businesses in the Detroit area, could they hire more employees? Businesses generally hire people in response to demand, yet there is a gray area of demand that makes businesses begin to think about hiring without actually making the decision to pull the trigger and hire.

A formal method to accomplish this task would be to hold a job subsidy auction each month and to have companies bid on acceptable subsidies. Then the government could decide how many jobs to subsidize each month and what the clearing subsidy price must be each month to incentivize hiring. Suppose that 33,000 employees were hired through this process at an average $5 per hour incentive rate. The annual cost of incentives plus administration of the program might be $350 million.

In addition, as factories come to Detroit and as businesses expand, adding labor, the money spent by these business multiplies through the local economy. More money is spent in restaurants, more is spent at the barber, more is spent on Doctors. Additional labor is needed to cover the needs of an expanding economy. Suppose the remaining 34,000 are hired to support the growing economy without subsidy. The total gross cost then for a government to expand the economy by 100,000 workers would be $900 million dollars annually, or $9,000 per employee, a rather inexpensive investment.

So if the cost to government of creating a hiring mechanism for 100,000 employees is $900 million, what is the direct benefit just to government of having these 100,000 employees hired? These individuals will now be taxpayers and the direct costs of social safety nets will be lessened. The revenues generated through their new employment that is directly attributed to them is almost double the expense of employing them. Yet these benefits only begin to scratch the surface of benefits.

Still, just looking at the benefits to the governments that provide the initial funding, how many times do the incomes of these 100,000 individuals multiply through economy? I have assumed 0.5 in the hiring process, yet we know that it is much higher, perhaps 4 times, perhaps 7? At 4 times, the benefit listed about jumps to $7,060,000,000.

What about the benefits to the justice system? People working aren’t scrapping or burglarizing. They aren’t being arrested, arraigned, sent through the court system, or jailed. They are not causing property damage, maiming or murdering others. Cutting crime in half by employing Detroit’s downtrodden would save the city conservatively $500 million annually, half of which would be saved by government.

How about property values? Employing these 100,000 would improve neighborhood appearance, would reverse blight, would reduce crime, and property values across the city would increase conservatively $20,000 per house or $7 billion dollars. The 25,000 acres of empty lots would increase in value conservatively by $5,000 each or $120 million dollars. Now some of these properties are owned by the city, and those dollars directly translate. But one thing is for sure, tax collection would go up dramatically on tax sales. In addition, the mill rate value of an additional $7 billion dollars of property value would increase annual government revenues by $440 million annually. Plus the stamp tax on sold houses would also benefit by increased home values. More homes would sell as well. Stamp tax collections would increase by $50 million. And with city services now able to be provided, the collection of an additional $150 million in unpaid property taxes would be easier to collect.

We have only touched on benefits to the governments for we haven’t even explored the benefits of wage increases over time for employees that are gaining skills, nor have we even begun to explore the improved performance from school graduates, their increased income potential and all of the tax benefits that will accrue the governments from students that graduate high school, not to mention college. We haven’t even begun to explore the dollars spent by the businesses that enter Detroit and their tax implications, or of the taxes generated by the the businesses themselves. And these are just the benefits to government, not even calculating the value to the individuals, their families, and the community.

But thus far, the initial investment of $900 million has returned the governments $8 billion and will easily surpass the 10X figure I initially posited. The pay back is obviously enormous. The value accrued is different to each government entity, but all benefit. This investment in Detroit’s people is a no brainer. It is simply a matter of determining how this paradigm shift can be accomplished through the cooperation of all levels of government.