The Constitution Creates an Abundance of Alpha-ness 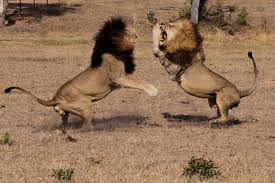 At every age, there have been the elite, those the control the majority of the world’s wealth and power, as it is defined by the time. Since it has been this way from the dawn of time, it must be a natural law. And just like, in every lion pack, the alpha male rises from obscurity, challenges another for his role, lives to dominate for a time, and then is driven from his power and perks, so it has been in the human kingdom.

Now with our species, this rivalry and domination ritual comes with the downside of killing masses for the pleasure of feeding one’s instinctual urges. The majority of us find ways to satisfy our domination traits without having to kill. We would rather live out our lives in relative peace than to have to take up arms for the supreme alpha. Yet, throughout recorded history, there have been those that have ridden in packs on chariots with swords and spears and atomic weapons to beat their chests and roar down at their fallen opponents.

In 1789, some very bright aristocrats came together and noted that this instinctive ritual of death might be halted if we could freeze the motive and drive in animation. They recognized that wealth is but one way for man to show his dominance and that freedom is the ultimate display of alpha-ness. If we are all masters of our own domain, we do not have to necessarily dominate another’s.

The Constitution froze this power sharing in place to allow all to hopefully forever manage their own motives free from the bondages of others, whether they be in the majority or minorities in their thoughts. However. it also recognized a massive power that contained an evil which must be broken in the future, slavery.

Slavery not only denied alpha-ness to millions of people, it was also the major source of wealth in the nation at the time, and one built on an immoral principle. Every man in that chamber in Philadelphia knew that the foundation of this Constitution was built atop a base of sandy soil and that without addressing slavery, it had no real chance of eternal survival. Still the decision to address it head on was delayed for 50 years.

That power and wealth was not to be redistributed without a civil war and bloodshed of 620,000 Americans. We now have a situation through which the power and wealth sharing envisioned by the Constitution has been thwarted by the elite. My hope is that it can be returned to a balance of suspended animation without the bloodshed that usually has accompanied such shifts throughout recorded time.

It took 72 years for our predecessors to decide that the power to eradicate slavery power and wealth misalignment could only be shifted by a bloody civil war. Rather than go through such a three generation cycle that seems to be the course of such radicalism, my belief is that the power to regain stability in America rests with the voice and the vote.

We now have the power of social media democracy as was demonstrated not only in Barach Obama’s harnessing of its power within conventional politics, but also in the Arab Spring. This medium will find its way toward supplying the engine for power restructuring for America’s future prosperity as well. It is the engine that will be needed to overcome such a powerful adversary as wealth. Yet combined with the simple tool of the Constitution, it has the ability to reverse our course and to create the symbiotic power sharing stability once envisioned by our forefathers.