Is Saving Detroit Worth The Effort? (Yes) 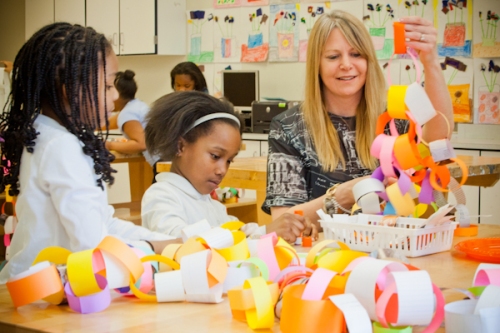 Yet, no other set of principles set forth thus far have been implemented in the past 60 years of Detroit’s decline that have resulted in the city’s turn around. And no principles being presented contemporaneous solve Detroit’s immediate growth problems either. Without a bold set of principles that sets the bar as high as the stars, Detroit cannot expect to even hit the moon. And right now, Detroit’s revival depends on hitting the moon.

I am suggesting that Detroit reach for a difficult task (that is reachable) to avoid a terrible alternative of bankruptcy and further decline. The alternatives thus far presented to Detroit by others show a strong and good future yet without a viable path forward. The thriving path forward requires that the city grow robustly, but the initiatives thus far presented project a slow growth.

Could Detroit achieve slow growth from Downtown and key city centers without a bold jobs initiative? Perhaps, yes, perhaps no….the answer depends on how deeply city services must be cut to balance the city’s budget and how much more crime and blight will be exacerbated by such cuts. The answer also depends on how many city assets will be sold off to forestall bankruptcy or whether bankruptcy will cause the city to lose its ability to borrow for the future.

A seemingly more complex but actually more viable solution is one that aggressively pursues a much higher rate of city growth. If a viable solution can project a realistically higher growth trajectory, it will also project a balanced budget at higher city revenue levels that can put Detroit in a position to borrow, not to pay for further operating deficits, but to create assets for the City’s future prosperity.

Since Coleman Young’s terms in office until now, Detroit has attempted to lure businesses to the city to provide jobs to keep Detroiters from leaving. The city has had some successes but not nearly enough to save Detroit from having to endure the emergency manager’s executions.

A net 1.1 million people have left Detroit since 1950, to find work and to escape Detroit’s growing crime. Now that the rate of exodus has slowed in Detroit, city leaders might be able to bring residents back if they can first bring businesses back. Yet to do so, they must convince business owners to relocate their businesses in Detroit instead of other alternatives. Detroit’s blight and crime rate make the effort formidable.

Even more formidable, the city’s leaders find themselves in two catch 22 dilemmas. First, without reversing its crime rate, Detroit will not bring in new businesses quickly enough to overcome mounting deficits. If the city cannot grow quickly enough, it will resort to selling off assets to pay debts and the sale of those assets could cripple the city. Yet, without bringing in enough businesses to provide good paying jobs, Detroit cannot reverse its crime rate. This is the circular argument that has haunted the city’s mayors for the past four decades, the catch 22.

The second circular argument is even more insidious than the first in that to lower crime, jobs must provide living wages. Yet, the type of jobs that most unemployed Detroiters qualify for pay the lowest wages. Half of working Detroiters aged 25 and under have jobs that pay minimum wage. Minimum wage is already too low to keep a worker out of poverty. Bringing in more jobs that pay minimum wage to hire unemployed Detroiters does not take them out of poverty. Without reducing Detroit’s poverty, crime will not significantly decrease. And if crime is not lowered, even those minimum wage jobs will not come to the city, hence catch 22 squared.

Since jobs could not be lured into the city to decrease crime, city leaders resorted to entertainment businesses like casinos and sports arenas, and gentrification, creating mini-walled off cities within the city, to increase the tax base, yet the pace of growth from these pursuits did not compensate for the losses due to depopulation, and now Detroit faces the impending possibility of bankruptcy.

The principles I have outlined for schools and business development will lower crime but both depend on breaking the circular arguments. If they can be broken, jobs can be brought in that provide current residents with livable wages, and Detroit can significantly lower its crime rate.

With lowered crime, the vision that Detroit is now presenting to the business community of a better Detroit will be viable. Detroit’s vision of the future city, combined with significant incentives for businesses to invest in the city, can then help the city bring in more jobs. More jobs will increase property values, which will in turn create higher city revenues that will lead to reinvestment in the city’s livability and a path toward a thriving Detroit.

To break the circular argument, however, two things must simultaneously occur. First, businesses must be convinced to hire 100,000 employees from the ranks of Detroit’s largely illiterate unemployed. Second, businesses must be convinced to pay new hirees a living wage that is above minimum wage, when half of Detroit workers under the age of 25 are being paid minimum wage. This is the herculean task that has perplexed a good many people without a solution. Therefore, Detroit faces bankruptcy.

Yet, the fact that no viable solution has been proposed in 40 years does not mean there isn’t one. The solution requires a paradigm shift. It requires the collaboration of both sides of the political aisle, and of local, state, and possible federal government leaders. Is saving Detroit worth all that effort? 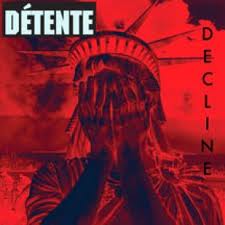 For the last thirty years, ideologues on the left and right have kept an easy peace over subsidizing what each thought was excessive war or excessive social engineering by allowing the other to have their pet spending and by borrowing from the Chinese (and others) to pay for it. That way their constituency did not have to fund the other’s extremist views and their would be no wealth or income redistribution in the mix of continuing both policies without compromise.

Unfortunately, this short-sided thinking got America to the brink of collapse it is in today. There is no way we could have expected to run up our debt without effect. That debt funded our international competitors and took 15 million jobs and 40,000 factories offshore. More importantly, the elites outfoxed the masses in that massive wealth transfer did occur from consumers to investors at the expense of the middle class.

The poor remained poor at the level of the safety nets in place. Millions more joined them. Millions more joined the ranks of the working poor and the wealth of the middle class was taken in the housing collapse as middle class wages stagnated. This wealth was then redistributed to investors and overseas ventures. The detente between left and right must end with the wall coming down. We just haven’t figured out who is on what side of the wall.

The Job Auction Plan ends detente. It ends wealth transfer overseas. It ends jobs transfers overseas and begins to reverse the trend. Now the wealth transfer issue only get resolved if we balance the budget. For if we do not then the government will fund my plan just as it is funding the current plan of social safety nets and big war and nothing else will change except that at some time, the dollar will simply become worthless.

If the Government does not balance the budget, then my plan will result in everyone that is able to have a job will have jobs, businesses producing products that are exportable and as inexpensive to the American consumer because they were produced at international wage rates, Therefore America will shift purchases to American manufacturers and exports will go up to absorb the increased production.

The wage differential will be paid by the government. The wealth transfer in this case goes to the small business owners and the millions of new workers as opposed to the elite, who essentially have been taking a share of the debt as their payment for detente for the last wo years. Yet the cost to the taxpayer remains the same, zero, because just like the current plan is being paid for with debt, this one will be too.

If the Government chooses to balance the budget, then whomever is responsible for paying for the budget balancing will pay for the plan. Yet the cost of this plan will be no different than what we are paying now, if anything, I expect it to be less. We will simply transfer costs of unemployment and social safety nets now being paid for by taxpayers and transfer them to the auction process. The only difference is that instead of paying people to sit in their homes without jobs, we will now be assisting all to get real productive jobs and to contribute to our country.

Therefore the issue of who pays becomes moot, and the issue of balancing the budget goes back to solving detente. That may mean either that elites pay more, or everyone along the tax chain, flattening out wages in income redistribution. It may be consumers of social services that are cut to balance the budget pay for the program. Nonetheless, solving detente makes us all finally decide how big a military is big enough and how much subsidizing of the capitalist system flaw that keeps so many people idly out of work we will accept.

Consider The Job Auction Plan an adjustment to capitalism that actually improves the current system flaw while reducing the cost, inefficiency, and lack of empathy of our current patchwork of social safety net programs.