Keystone is Absolutely Part of a Systems Solution to Global Warming 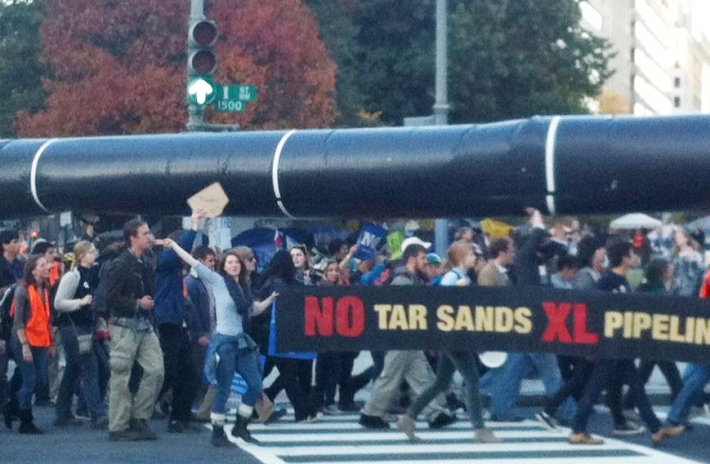 Empirical evidence shows that taxation impacts societal decisions. Raising cigarette taxes, for instance, significantly reduces cigarette purchases, especially amongst our youth who have not yet succumbed to their addictions.

America is now addicted to oil and other carbon energies. However, unlike cigarettes, our true addiction is to energy, independent of whether it is created by release of carbon into the air. Albeit, our energy purchases are influenced most by lowest near term cost, without considering externalities and without considering long term payback on capital. For these two reasons, carbon based fuels continue to be our addiction.

Could taxation cause our nation to choose alternative fuels such as wind and solar? The answer drawn from empirical tests is yes. However, the idea of carbon tax is not politically viable unless applied within a system solution. System solutions typically do not occur in a political divisive environment for they require compromise of political platforms that are historically based on isolated solutions.

For instance, the Democratic Party is opposed to the Keystone Pipeline, saying that it endangers a major aquifer, but more importantly because it opens up an entirely new source of carbon that can reign havoc on the planet’s ecosystem. As an isolated solution, the liberals support a worldwide carbon exchange or a carbon tax to make carbon more expensive than alternative fuels.

The Republican Party, on the other hand, states that global warming is a farce, that the Canadian tar sand oil will come to market whether or not it comes to Texas to be processed, that the pipeline will create and save thousands of jobs, and that the oil will dramatically reduce our dependence on Middle Eastern oil. As an isolated solution, they say build it.

Both arguments have merit but neither seeks a viable, systems solution. Each party seeks the benefits their constituents want but neither seeks solutions to accomplish an optimum path. System solution achieves Pareto optimization but only when both parties acquiesce to what is best both for the nation and for the environment.

Ultimately, science will win out with global warming. Whether global warming is being caused by man or not, man can slow the rate by reducing our carbon footprint. Therefore, the timing our our actions is all that is really in question. Will we react now by transitioning to renewable energy as part of a system solution, or will we react later to the violent nature of a changing environment? The decision rests with whether or not our politicians will accept their fate of compromise or whether they will be forced by crisis to act.

Ultimately, tar sands oil will come to market for oil prices now support it. While a pipeline to the western Canadian coast can be temporarily blocked awaiting a permanent outcome in America, Canadian citizens cannot hold off forever. Yet timing is such that the pipeline will be built in America, even if not until the next Republican president is elected. Obama’s best strategy is to leverage the pipeline for a system solution that provides the ends if not the means of liberal goals.

A system solution recognizes that the Keystone pipeline is part of an optimal solution. Delaying its completion does nothing to prevent carbon emissions and only hurts jobs. The argument about aquifer endangerment is simply a delay tactic of fear. In fact, shale fracking has magnitudes more potential to harm aquifers, yet our country’s economics will be dramatically changed during the next two decades by dramatic increases in shale oil production.

Interestingly, shale proponents are Keystone opponents not due to environmental reasons but due to competition for oil refinery pricing in a flooded market. Keystone delays are more about politics of pricing than about politics of pollution. Politics makes strange bedfellows.

Given that tar sands and shale oil are now going to be a reality, what then is the systems solution? Liberals, in isolation, suggest that raising the cost of carbon fuel is the answer. They suggest that higher carbon energy relative to alternative energy will change buying patterns and they are right, but at what cost to the economy? They would answer that economic losses are a small price to pay for the sake of the planet, but can you see how this is not a system solution by that answer?

An international Kyoto exchange solution is not part of a national systems solution for it only changes the location of carbon emissions but not the level. However, a carbon tax can be part of a systems solution, or even a national Kyoto type exchange. Yet in isolation, neither are politically viable for they would raise the cost of American business and would adversely impact GDP and jobs.

A technical solution to reduce the cost of alternative energy below that of carbon fuels does not yet exist in our capitalist system and may not until depleting carbon fuels begin to run out, raising their costs relative to alternative energy. This of course is not likely for a half a century given new horizontal drilling technologies. Therefore, the system solution involves changing the way we finance and benefit from alterative fuels.

The capitalist system of benefit evaluation depends on the return on capital invested. Unfortunately for alternative energy, there is an abundance of other investments that pay investors a much higher return than ether wind or solar power. However, the cost of alternative energy, in the absence of capital requirements, is less costly in the long run, even without factoring in externalities such as global warming and deleterious health effects of air pollution. But we do have a capitalist system.

Capital returns signal what society values most. In a capital constrained world, society would rather employ capital to manufacture iphones than to saving the planet. But are we really capital constrained? By law, we have a Federal Reserve, a money cartel that constrains capital. And we do as a nation, pass all money formation through this constraining cartel. Yet, isn’t capital constraint really a fiction?

Individuals and businesses also make their decisions based on return on capital. For instance, an individual is deterred from investing in solar power because the payback is too long. If an individual sells their house, their initial investment in solar power is not reflected in a higher selling price, and therefore the buyer gets the reward from the orignal home owner’s investment, while the original owner doesn’t see the return of investment if they sell. But isn’t this bad choice under current financial paradigms also a fiction of our financial system?

A system solution could be devised to provide unrestrained capital for environmental investments. A means could also be created to make the investment in environmental solutions portable, letting original home investors, as an example, recoup their capital upon home sales. The combination of these two financial changes could make alternative energy part of a viable system..