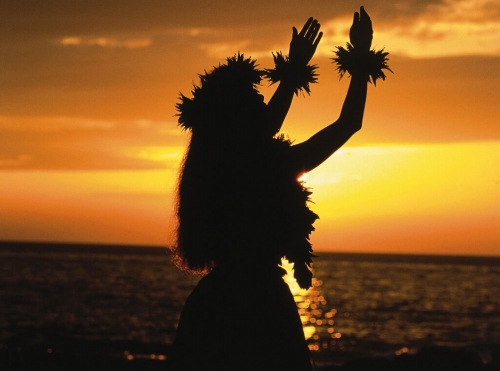 I was living and working on the Island of Oahu during the last days before the crash of Japan’s Nikkei in 1990. It was a time of exuberance and excess to rival America’s 1920s and 2000s as the Japanese borrowed from their bubbling housing to gamble on a 400 percent boiling stock market. Some of this newfound riches found its way to Hawaii as the nouveau riche would travel to Hawaii, buy a full set of golf clubs to play a round of golf, and then leave them for their caddies as they travelled back to their burgeoning economy.

At the peak, Japanese came in droves to the island to purchase property that seemed relatively inexpensive. They paid double the asking price of families that had held their properties since title was given to them by King Kamehameha III during the Great Mahele of 1848. With such exuberant prices, Hawaiian families grabbed the sales, except that now all the properties commanded twice the value of just months earlier. Sellers found with quickly rising prices, they could not buy as much as they had before they sold.

Then as quickly as the Japanese land rush had occurred it vanished. When the Nikkei plummeted 70 percent from its drunken zenith of 39,000, Hawaii’s housing market crashed and quickly reverted back to historical prices. Interestingly, this Hawaiian housing hubris exposed the tie between international capitalism and property rights.

Historically, Hawaiians did not have property rights. They easily lived off an abundant land and sea that was owned entirely by their King and managed by his chieftains. None knew of property rights and capitalism, as a feudal sustenance and bartering was all that was required. However, as the disease scourge of the West eventually killed off 90 percent of the indigenous population (interesting parallels to the American Indians) the people became more dependent on the foreigners that had immigrated to the islands. The American money system indebted all, including the King who enjoyed the luxuries that debt could afford.

While the concepts of capitalism were foreign to the natives, they were not foreign to the children of the missionaries, servants of God who had come to the islands 30 years before to live spartanly amongst their inhabitants. Their children understood that a higher economic use of land than merely “existing in harmony with paradise” could provide immense riches if only they could gain property rights and tie those with debt funding and low cost labor to produce commerce from the enriched volcanic soil.

Early in the 1800s, missionary descendants began to lease land from the king to develop profitable sugar plantations. As plantations expanded, securing permanent ownership of the land was essential. They persuaded an indebted king to change Hawaii’s concept of property rights in what became known as the Great Mahele of 1948.

In 1840, the missionaries convinced the King to establish the rule of law. In 1848, they got the king to add property rights to that rule. The King divided up Hawaii and gave permanent land rights to chiefs and native Hawaiians. By 1850, they had him change the rule of law to establish that foreigners could buy land from the native Hawaiians. Of course by the time 40 years had passed capitalists then owned 90 percent of the most fertile Hawaiian land. Native Hawaiians were no match for the capital inflow that perceived the land as having a higher use value for the international commerce of sugar than of mere sustenance.

To summarize, a people that owned the value of a country, Hawaii, gave that value to people of another country, the United States, who exchanged for that value, dollars that had been created in banks of the foreign country, the United States. Banks of the foreign country, the United States, loaned dollars to the plantation owners, foreign missionary’s children, who promised to pay back more dollars than they borrowed. The missionary’s children then used the laws they created and the loan dollars American banks created to give paper to the people of Hawaii for the richest soil of their land, ninety percent of the islands. The dollars given to the Hawaiians were then used by the Hawaiians to lease back the land in which they had given ownership to the missionary’s children and arbitrage opportunity to the plantations and American banks. This is the power of capitalism when combined with international property rights! (Ominously similar to the current gutting of America’s value through similar means)

To make this transfer of a country’s wealth possible, two paradigm shifts had to occur. First, King Kamehameha III had to create a cultural tsunami, similar to that imposed on the American Indians that property wasn’t to be used communally, but that it should be divided up with stakes that marked the divisions, and that these divided pieces of property should then be recorded on pieces of paper to mark individuals’ rights. He then had to allow these ancestral rights to be transferred to foreigners, people who did not understand the Hawaiian concept of family fishing and communal farming, but that who did understand a cultural shift to financial arbitrage, collective renting of labor, immigration of lower cost labor forces, and debt driven capitalist economies. With these two cultural eruptions, the missionaries’ children laid ground for Hawaii’s financial and cultural shift to the West.

Fast forward to modern times, five missionary families still own most of the land of Hawaii in large land trusts. To continue to control this land dynasty, they instituted a new concept, that of land leasing. When most property is bought or sold in Hawaii, the purchaser does not take ownership of the land itself, purchasing only the dwelling. The land is provided to the dwelling purchaser on a 99 year lease but its ownership remains in the missionary family trusts and the appreciating value of the land is still retained by the land trust. As a result, the value of the dwelling seems unreasonably low compared to fee simple lots.

This concept actually has a potential to help America out of our current property rights morass. Hawaii has shown that the same geography of space can have two separate property rights, in Hawaii’s case an owner of land and an owner of the dwelling, in which the title to these two rights coexist and can be transferred, sold, and managed separately of each other. To apply this concept to our housing debacle all that is required is to take the shared equity concept just one step further, beyond physical separation of title between land and dwelling, to a concept of shared equity in both.

Currently, when a property is sold, all liens must be disposed to affect a clear title to both the dwelling and the land beneath for the purchaser. Yet, historically, America accepts that mineral rights and air rights as well as grants of rights for public use beneath the land have been allowed to be carved out and to survive a perfection of title. What if similarly to how stock owners of a company share financial rights to the company, multiple entities or persons could own percentages of both the dwelling and the land, and their ownership did not have to be sold simultaneously to record the transfer of the other entities rights? And what if, more importantly, increases in value upon partial sales were by law equitably shared between owners?

Before us, the dilemma of falling real estate prices in some cases 80 percent of the bubble’s peak prices, has stymied the housing market and has shut down the engine of our economy, credit. Banks expect homeowners, who agreed to their original loans, to pay back debt that was created from thin air from their previously ascertained ability to pay, even though homeowners are now unable to sustain payments in the new economy. Banks are also unwilling, and more importantly unable, to take responsibility for the financial dilemma by covering thin air debt with thin air assets. Their only viable option is to force eviction and to hope that the Fed will cover their toxic assets at full price.

As it stands, banks are foreclosing and homeowners are being evicted in historic percentages, ravaging our culture. And so far, the Fed has made it a sugary pill for banks to swallow. The risk of this path has been made fairly palatable to the banks, who now believe it a better path than to suffer the potential losses of workarounds that have been touted publicly by the federal government as a preferred choice while it is complicit in allowing a simpler and less risky alternative to be followed by the Fed. So the banks line up like seals waiting for the Fed’s fish feast to be strewn their way while the rest of America cries out for them to do their job and re-enter the historical market of evaluating risk and creating debt capital for the economy’s growth.

Hawaii’s concept of land lease could be a way out of the housing morass in America if our politicians would favor equitable and efficient removal of economic credit shackles and would stand for domestic American companies to once again compete with the East on unfettered ground, thereby building a platform for job growth and consumer confidence. If America’s leaders were to agree that housing debt must be marked to market while allowing the nominal value of housing to retain its high water mark, then by virtue of this agreement, housing would acquire equity book value as that portion between the high water value and the debt value. This equity could be our new component of risk sharing.

Banks, that had issued housing debt that would now be forced by dictate to mark down this debt, could replace it with an equity ownership in the property. This shared equity would give the bank a percentage of the property’s title that they would own in perpetuity until their decision to dispose of it. Any financial benefits that would accrue to the property that would be realized upon sale of any portion of the properties title would be shared amongst the owners of the property.

The banks would be the reluctant owners of vast realms of real estate. Their books would have less profit potential than from the Fed’s funny money printing, but they would be cleared of excessive debt and the banks would be free to sell their new equity in properties as they see fit into a more fluid housing market that once again would be functioning healthily. America would gain a functioning credit market, businesses could be reintroduced to their long lost economic partners, and our economy could be righted.

This concept and others like it will not be seriously viewed as long as the Fed has a blank check book to give its crony banks an easy way out of their dilemma while trashing America’s credit, stalling her economy, and thwarting our future. The current Fed solution is ill fated and must stop. The international market is about to nix this secretive sour note on America’s song that has harmed America’s international role and that has endangered the world’s economy for the self centered benefit of the banking class. Once America’s lenders slam the door on the easy way out, perhaps America should have a Hawaiian solution ready at the call to step in and do the heavy housing lifting.